Here is Why I Left WP Engine and Why I Returned 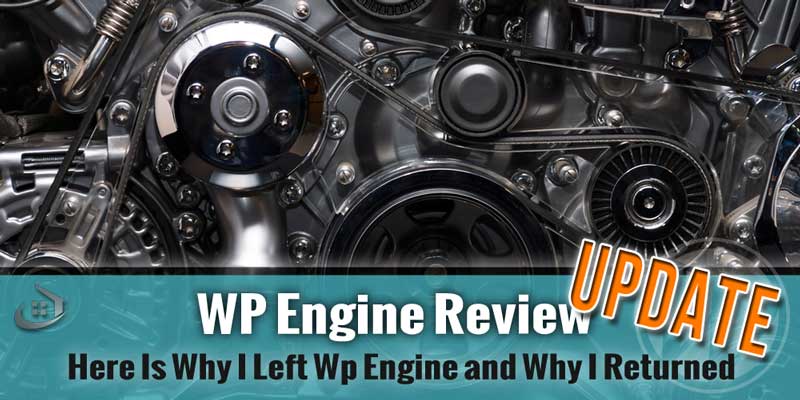 Since my full WP Engine review last year I have managed to leave WP Engine, return to WP Engine and learn to appreciate managed WordPress hosting on a whole new level. I would like to share why, in case you are looking for new and better hosting for you site.

The thing that I enjoy the most with WP Engine is that I simply don´t spend time on hosting stuff anymore. A big part of that is the way they handle site backup. Obviously I have not experienced all hosting companies but this backup system is unparalleled to what I have experienced so far.

Another feature that I have now experienced to its full extend is the extremely practical staging system. I went through a rebuild of this site some weeks ago and I used the staging area intensively during the rebuild. You can simply create a clone of your site and work on it in privacy while your real site is still online. Once you have finished working on the site you simply deploy the site and it will replace the live version.

Why I left WP Engine

I mentioned that I moved this site elsewhere for a short while since my WP Engine review in August 2015!

I spend about 10 months with WP Engine the first time, but ended up moving the site because I was over budget considering the scale of the Office Orbiter site.

Also, I think I had forgotten how much time it takes to massage shared hosting to a decent performance. Not to mention the backup task. Most hosting companies advertise that they backup your site every day, but to this day I have been unable to actually see this backup with my own eyes. Surely it is there if you contact the support, but as you can see below this backup system is as transparent as it gets. 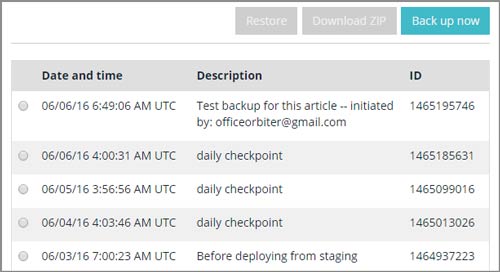 Why I returned to WP Engine

So I left to have this site hosted with a company that offered a cheaper mainstream hosting solution.

I was happy for a short while after choosing a good selection of optimization plugins. But one day I stumbled upon some nasty spikes in the page load statistics in my Google analytics account. I was prepared to accept a certain decline in pageload time due to the lower hosting price, but the spikes went well over 20 seconds.

I started to dig deeper and found out that it was not the first time. I quickly set up a page speed monitoring tool with an hourly visit rate and was presented with occational page load time of 30 to even 55 seconds. I had heard about bandwidth hogging, but now I was treated with the full experience firsthand.

Have you ever waited that long to read a review? Well I haven´t and even though the host offered fast and kind support, the fact remained, that they needed a push from little me to discover a bandwidth hog on their server.

This was too dissatisfactory and I quickly packed up my belongings and returned to WP Engine.

Why I appreciate WP Engine even more than before

The first time I chose WP Engine was to free myself of the mundane and unproductive task of dealing with webhosting tech. Before the move I was constantly testing cache settings and other optimization factors and I just did not have the time anymore.

After I moved to the cheaper webhost, I was back to testing and optimizing from day one and eventually I even upgraded my account to improve performance with little effect. I then ended up with wasting a full couple of days troubleshooting the page load issue. By then I had lost faith in the webhost and decided to move back to WP Engine.

Essentially it feels like I have outsourced web hosting the way you outsource accounting and such. The day I returned I was able to let go of the reins again and concentrate on the real work. I simply don´t deal with hosting tech anymore!

I have always been really impressed with the backup system at WP Engine, but after living without it for some months I now find it hard to live without it.

A backup point is created automatically on a daily basis and remains visible for 30 days. At any time you have the option to create extra backups and name them as you please. I often do this before updating themes and plugins.

You can restore any backup with one click and you can download backups to keep in your personal backup system if you want to keep the backup longer than the 30 day cycle in the backup system.

Another great feature is the Staging area. I have not used this option until I re-designed Office Orbiter recently.

At first I was a bit reluctant or perhaps even suspicious as to whether this feature was as straight forward as indicated. After some experimenting I concluded that it was and that it actually worked every time.

As mentioned I relied heavily on this feature when I rebuild Office Orbiter some weeks ago.

The way it works is that with one click you create a full copy of your site that ends up in the staging area. This copy then receives a special URL (Web Address) which can be accessed like any other website. WordPress is automatically set to block search engines so that you don´t have to worry about dual content issues.

You can also block the staging site with a password and make your site changes in total privacy. I recommend doing this to avoid having visitors stray onto the site that you are working on.

Once your staging site is created, the site is being backed on a daily basis the same way that your main site is. Here you can create as many ad hoc backups as you please while you work on the site.

Once you are happy with your changes you simply deploy your staging site to the real URL (after creating a backup point for both), and within seconds your staging version replaces the live site again. It really is that simple:

The staging feature is particularly practical for smaller changes, such as theme updates, WordPress updates or implementation of new plugins. In case of more elaborate changes it is probably more productive to work locally with a server simulator such as XAMPP. The staging site works exactly as your live site. This means that you can upload changes that you have made locally.

All right, there has to be an end to my praises, and yes, depending on the size and profit margin of your business the price will be the main consideration for many entrepreneurs or small businesses. If you go for a year plan you can cut the cost to some extend though.

For some reason, hosting is one of those things that we don´t like spending money on which is a bit strange when you think of it. If you are indeed considering a premium hosting plan you are probably doing some kind of online business or at least you have a strong online presence. If that is the case, a solid and reliable webhost is one of your most important assets and is worth investing in.

If you compare online business to those who run a brick and mortar based business, those people would probably not even be able to pinpoint a 29 dollar monthly expense in their budget.

Your website is your virtual storefront and in many cases the first contact you have with a prospective customer. You want this interaction to be smooth and responsive. For some reason none of us like to wait online. We line up at the cash register for several minutes without leaving in anger, but keep a website visitor waiting for more than 5 seconds and 80 percent of them are long gone.

How about a startup plan?

Still, for a lot of website and small business owners the price would most certainly be a factor. As such, I believe that a stripped down startup plan would be extremely attractive to a lot of people. By all means, leave the service as it is, but cut down on available traffic and storage space (who needs 10 GB of storage for a website anyway?).

A starter price point of 12-15 dollar a month would most certainly be able to attract a lot of business to WP Engine.

When can you benefit from premium managed hosting?

When premium managed hosting is too much!

Check out the hosting plans 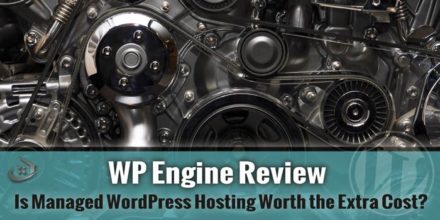 WP Engine Review – is Managed WP Hosting Worth the Cost 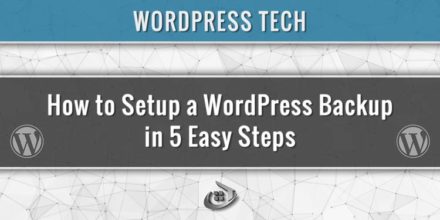 How to Setup a WordPress Backup in 5 Easy Steps